Venezuela Government Hostage to Out of Control Prisons

Convicts were able to force the Venezuelan government to transfer more than 2,500 detainees to their prison for the express purpose of collecting extortion payments from them in a case that illustrates the dangerous lack of official control over the country’s penitentiary system.

At the end of July 2016, inmate bosses led the week-long kidnapping of more than 23 penitentiary system employees at the General Penitentiary of Venezuela, 250 kilometers west of Caracas at San Juan de los Morros. It is one of the country’s largest prisons.

It was not the first time prison workers, including guards, had been taken hostage by inmates who wanted to draw public attention to some issue related to daily life within the prison system. The protests have generally centered on overcrowding and lack of food. But this time, inmates had a different agenda. They demanded that at least 3,000 detainees being held in police jails scattered across the country be transferred to the prison.

Carlos Nieto, director of the advocacy group A Window for Liberty (Una Ventana para la Libertad) reported that the hostage prison workers were released after inmates verified the arrival of 2,380 new detainees to the facility. The new arrivals pushed the prison’s population to nearly 10,000 people.

All this, explained Nieto, was arranged to boost extortion incomes of prison leaders who charge other detainees a weekly protection fee called a “cause” (causa in Spanish).

Held Hostage for a Week

The kidnapping began overnight between July 31 and August 1, a Monday. One of the employees taken hostage said part of their group was held in the prison’s library and others were held in the administration office. The last person to be released by the inmates worked in food delivery.

The minister informed Hernandez that she would send a representative to the prison. When the representative failed to appear, the inmates threatened to kill their hostages. According to one of the hostages, three days into the ordeal a former minister of Sports, Antonio Alvarez Cisneros, also known as "El Potro," did show up at the prison. The convicts rejected his attempt to mediate.

On Day Four of the crisis, Vice Minister of Peace Management Jose Vicente Rangel Alvos appeared at the prison and checked the status of the captives, 20 of whom were released that night as talks between the government representative and the convicts got underway. Soon, people being held in police jails in Caracas, Aragua, Carabobo, Bolivar and Lara were brought to the prison. The new arrivals boosted the prison’s population by 33 percent over one weekend, although their number fell short of the 3,000 detainees Viruviru had demanded. 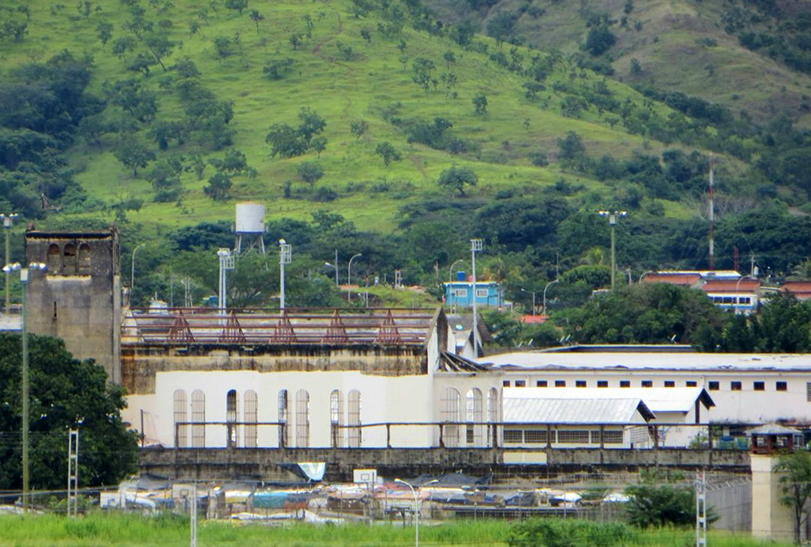 Congress member Gilber Caro, an ex-convict with the Will of the People party (Voluntad Popular), said that in a prison like the General Penitentiary “every individual has an economic value because they can be charged the cause” by inmate bosses.

For the leaders of this penitentiary, prison system changes that thinned the inmate population and speedier judicial processes were causing economic losses. Humberto Prado, director of the Venezuelan Observatory of Prisons, calculated the convict bosses' extortion earnings at approximately 19 million bolivars a month. That is equivalent to about $19,000 according to the most widely cited source for the current black market exchange rate, or $1.9 million by the official rate.

Venezuela’s prison system is becoming ungovernable, except perhaps by the convict bosses that run them from the inside. These pranes are the real power brokers within the installations.

The crisis of control and the criminal structures within the penitentiary system are also spreading to the network of police holding tanks. That is to say, installations under the control of preventive police and detectives, where suspects are not supposed to be detained for more than 96 hours.

While the hostage situation was unfolding at General Penitentiary, two grenades exploded in the Alayon jail, in the state of Aragua, during an attempted escape of a prison boss. Prosecutors said the explosions left five dead and 30 wounded.

Moreover, the success of the hostage ordeal has inspired criminal groups in other prisons. Within a few weeks of the incident at General Penitentiary, 1,800 detainees from holding facilities and police stations around eastern Venezuela were transferred to Puente Ayala prison after inmates threatened a kidnapping there.

The crisis at General Penitentiary has also caused Minister Varela’s leadership of the prison system to be questioned. Witnesses to the hostage negotiation indicated that Vice Minister Rangel Avalos’ mediation of the hostage situation was carried out under orders from the Interior Ministry rather than by the head of prisons.

Venezuela, Colombia, and the ELN at the Crossroads of Peace

While now comfortably established in two countries, the ELN have a chance to return to the negotiating table, according to…