The Altiplano prison in Mexico from which El Chapo escaped.
ANALYSIS

Under Mexico's President Enrique Peña Nieto, prison incidents have doubled and escape attempts are on the rise. Five federal penitentiaries have been witness to jailbreaks in the past three years with Joaquín Guzmán's being the 12th.

Joaquin Guzman became the third prisoner to successfully escape from a federal prison since Enrique Peña Nieto took office in December 2012 as jailbreaks have increased under the new administration.

From 2002 through 2012, only one prisoner successfully escaped from a federal penitentiary. In 2011, there were 12 separate attempts to get out of the Islas Marias prison. Each one failed.

This article was originally published by El Daily Post and is reprinted with permission. See the original here.

Incidents in federal prisons have increased over the past three years as well, nearly doubling in the first two years of Peña Nieto's term. An official count of riots, deaths, suicides and assaults rose by 95 percent in 2013 and 2014, in comparison with the final two years of the Calderon administration.

Official data from the federal prison administration system – whose director, Juan Ignacio Hernandez Mora, was fired after Guzman's breakout – reveals that five separate federal penitentiaries each witnessed one escape attempt during the past two years.

Overall, 12 different inmates made breakout attempts and three were successful. The other nine were stopped before getting outside the walls or recaptured shortly afterward. 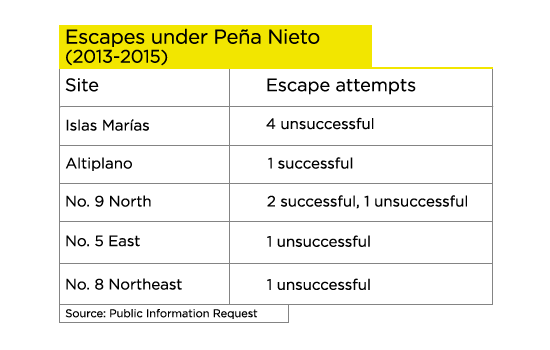 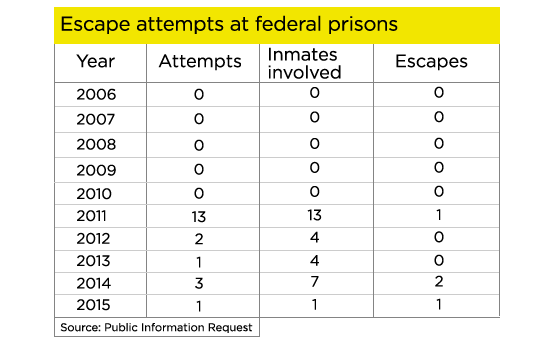 The first jailbreak under Peña Nieto took place at the Islas Marias penitentiary on Feb. 22, 2013. The official report shows four inmates tried to escape from the minimum security prison located on the northernmost – and largest – of the Marias Islands archipelago in the Pacific Ocean. The incident began as a riot attributed to the reduction of food rations. The rioting inmates set fire to mattresses and cardboard as a literal smokescreen for the breakout attempt. The rioting left 25 inmates and guards injured.

The escape was foiled because boat landings had been stopped a few hours earlier unbeknownst to the four prisoners.

In 2014, three separate federal prisons were subject to escape attempts, one of which proved successful. The federal penitentiary located in Ciudad Juarez – No. 9 North – was the site of the successful jailbreak.

The latter incident took place on March 16, 2014, when a group of inmates climbed over the perimeter wall using hooks and ropes. The official report shows that at least three prisoners took part and two got away. The escapees were part of the Juarez Cartel enforcers known as "La Linea." The Federal Attorney General's Office (PGR) investigation resulted in the arrest of the warden, José Luis Armas Cuevas, and four guards. A federal judge released all five suspects a few days later citing a lack of evidence.

Other incidents that occurred in 2014 include two interrupted escape attempts, one each at prisons located in Veracruz and Sinaloa. Another prisoner was injured at the Guasave (Sinaloa) prison, but specifics about what happened are incomplete.

El Chapo's successful escape through a tunnel accessed in his shower make it five separate federal penitentiaries that were hit by breakout attempts during the first half of Peña Nieto's term and the third successful escape. Authorities believe prison officials were involved. 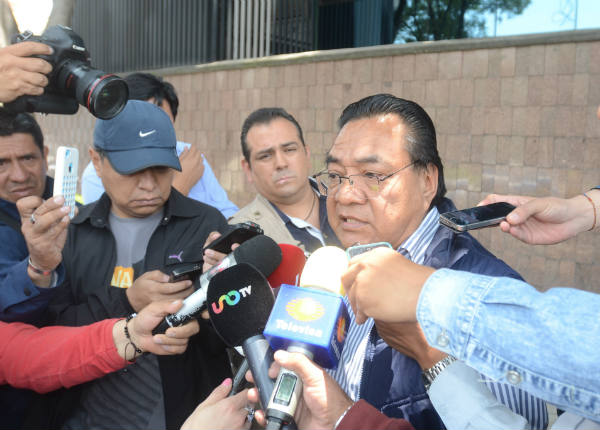 According to information culled from public information requests, during the Felipe Calderón administration there were 12 escape attempts at the Islas Marias prison – all in 2011 –and none were successful.

One successful jailbreak took place at Penitentiary No. 6, Southwest located in Tabasco. On May 26, 2011, convicted kidnapper/murderer Federico Alvarez Avila managed to get out by climbing over the perimeter wall using tools and equipment that had been left unattended during a remodeling project.

The PGR investigation accused warden Cesar Cue Busto and 14 guards but were unable to make the charges stick.

The rise in escape attempts is only one sign of a federal prison crisis. Violent incidents have also increased in recent years. Official data compiled by the Interior (Gobernacion) Secretariat form 2011 through 2014 indicate this clearly.

In 2011, there were 561 violent incidents at Mexico's federal prison installations but by 2014 that number had climbed to 1,262 cases. Comparing the final two years of the Calderon administration (2011-2012) with the first two years under Peña Nieto (2013-2014) serious incidents at prisons rose by 95 percent. 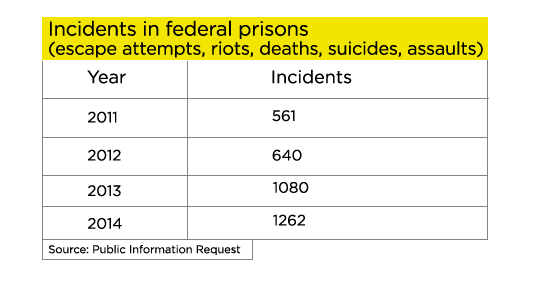 Attacks on prison guards or visitors were the second-highest type of violent incident recorded at penitentiaries last year, with 349 cases identified. Murders are not specified as such, but six deaths were ruled suicides. Another 33 inmates died in prisons.

Research and reporting by Arturo Angel.

*This article was originally published by El Daily Post and is reprinted with permission. See the original here.