An excerpt from the indictment of "Don H"
ANALYSIS

The use of confidential informants by US law enforcement has led to the recent arrests of several high-level actors in the international drug trade, but these successes may be overshadowing the potential pitfalls of the practice.

According to US court documents accessed by InSight Crime and recently reported on by La Prensa, two confidential informants helped US authorities build a case against Hector Emilio Fernandez Rosa (alias “Don H”) -- the alleged leader of a major cocaine trafficking ring operating out of San Pedro Sula, Honduras.

In July 2012 in San Pedro Sula, Don H allegedly met with Luis Alberto Ascanio Blanco, a Venezuelan who reportedly served as an intermediary between various drug trafficking organizations in Colombia, Mexico, Honduras and the Dominican Republic. According to the court documents, confidential informants “CS-1” and “CS-2” attended this meeting, wherein Don H and Ascanio Blanco “discussed, among other things, the sale of approximately 350 kilograms of cocaine in New York, New York.” 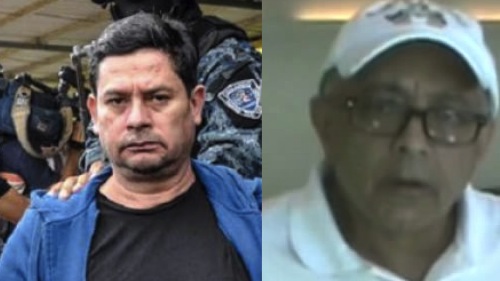 Hector Emilio Fernandez Rosa, alias "Don H," and Luis Alberto Ascanio Blanco were two top-level drug traffickers charged in the US thanks to the use of confidential informants.

Eric Francisco Mendoza Zuniga and Juan Camilo Restrepo, both of whom appear to be lower-level players, were also targeted in the operation. The court documents state that Mendoza Zuniga sent payment instructions to “CS-2” on August 7, 2012. Later that day, “CS-1” and “CS-2” purportedly met with Camilo Restrepo in New York to inspect and pay for the previously discussed cocaine shipment.

Don H and Ascanio Blanco were charged with conspiring to violate US drug laws in a sealed indictment in November 2012, along with alleged co-conspirators Mendoza Zuniga and Camilo Restrepo. Ascanio Blanco was arrested in Colombia in January 2014, and later ordered extradited to the United States. Don H was arrested by Honduran authorities in October 2014 and extradited to the United States in February of this year.

Another recent, prominent case also involved the use of a US Drug Enforcement Administration (DEA) informant. Two close relatives of Venezuelan president Nicolas Maduro were arrested in Haiti and extradited to the United States after reportedly making contact with a DEA confidential informant in Honduras. Sources consulted by Spanish news agency ABC said the informant indicated that the defendants, Efrain Antonio Campo Flores and Francisco Flores de Freitas -- both of whom were indicted under seal in a US court -- regularly coordinated drug shipments out of a terminal reserved for government use at Venezuela’s Simon Bolivar International Airport.

As the examples above demonstrate, confidential informants can play a crucial role in many organized crime investigations, making their use common practice by US law enforcement. A 2005 report from the US Department of Justice estimated that the DEA alone has approximately 4,000 active confidential informants at any given time.

However, as geopolitical intelligence firm Stratfor has previously pointed out, relying on informants can be a "double-edged sword." Often, confidential informants are criminals who have been “flipped,” or offered some type of incentive for cooperating with law enforcement, meaning officials must be careful to properly assess the motivations that underlie an individual’s agreement to work as an informant.

But this assessment doesn’t always take place. A report from the US Government Accountability Office (GAO), released in September, found that the DEA only partially complies with Justice Department regulations requiring the agency to assess the background and motivations of its confidential informants.

The GAO report also criticized several US law enforcement agencies, including the DEA, for not clarifying the extent to which their informants can engage in illegal activities. More specifically, the GAO report found that the DEA does not meet requirements that informants be provided instructions for certain activities in writing. The informant should always be required to sign an acknowledgement of these instructions, but often, that doesn't happen, the GAO stated.

Without such documentation, the DEA's ability to later prosecute the informant for possibly engaging in unauthorized illegal activity then becomes compromised, the GAO report states.

Proper vetting and oversight is important because law enforcement agencies often authorize informants to carry out otherwise illegal activities, like buying and selling drugs. In one prominent case, members of Mexico’s powerful Sinaloa Cartel were allowed to continue drug trafficking activities while providing information on rival organizations to US authorities. When the cartel members were later charged for these illegal activities, their lawyers argued that they could not be prosecuted because they were acting at the behest of US law enforcement.

Just as criminals can manipulate their status as informants for their own gain, law enforcement officials can also exploit informants. Earlier this year, the Huffington Post reported on the case of Carlos Toro, a former member of the Medellin Cartel who served as a DEA informant for nearly three decades. Toro wanted to avoid being targeted by criminal organizations in Colombia, so he asked the DEA to help him obtain legal residency in the United States. However, Toro claims the DEA used his immigration status as leverage to get him to continue his risky work as an informant for the agency against his wishes.

Floodlights from Chinese fishing boats illuminate the darkness off Argentina’s Atlantic Coast, where the armada harvests tons of squid.