United States authorities arrested Yankel Rosenthal, a former government minister and president of the Honduras soccer club Marathon, which is owned by one of Honduras’ wealthiest and politically connected families.

Rosenthal was detained October 6, when he arrived in Miami from San Pedro Sula, the Honduras presidency said in a statement.

“The Government of Honduras was informed by the US Diplomatic Mission in Tegucigalpa of the capture of the Honduran citizen Yankel Rosenthal,” the statement reads.

The charges are not yet clear. In its statement, the presidency said Rosenthal faces an arraignment in a US courtroom October 7, “to respond to the charges against him.”

*UPDATE: A US indictment made public on October 7 charges Yankel Rosenthal and other members of the Rosenthal family with money laundering. See InSight Crime's full story here. See interview with Jaime Rosenthal about his relations with criminal group Cachiros here.

There was no additional information on the arrest from either the United States Embassy in Honduras or the US Justice Department in Washington, and a search through the US court system database did not reveal a pending indictment against Rosenthal.

Up until June, Rosenthal headed the Ministry of Investment. He is currently the president of Marathon, Honduras’ perennial championship soccer club, which is owned by the Rosenthal family.

The Rosenthal family business is led by Yankel Rosenthal's uncle, Jaime Rosenthal Oliva, a former vice president of Honduras in the 1980s and the head of the Grupo Continental, or Continental Group, one of Honduras most powerful economic conglomerates.

The Continental Group has a vast portfolio, which includes everything from banks to telecommunications, meat packing plants to media. Jaime Rosenthal’s children and relatives help him run his empire, which he manages from a relatively humble office building in an old mall in San Pedro Sula.

The Rosenthal family is also one of the most important political families in Honduras with a strong voice in the country’s chief opposition Liberal Party. Jaime Rosenthal’s son, Yani, worked in the government of Mel Zelaya and ran unsuccessfully for president in the last elections.

The Rosenthal family has been under scrutiny for its potential ties to criminal money for years.

The Honduran government’s recent seizures of criminal groups’ bank accounts, the extradition of drug trafficking suspects to the United States, and the voluntary handover of some key criminals to US authorities earlier this year may have accelerated the timetable for a Rosenthal indictment.

Most notable among these criminal groups was the Cachiros. Led by the Rivera Maradiaga family, the Cachiros transported hundreds of tons of cocaine across the isthmus for a decade before being indicted by the United States government and getting numerous properties and bank accounts seized by the Honduran government beginning in 2013.

At least two of the Rivera Maradiaga brothers turned themselves in to US authorities in January of this year and are thought to be cooperating with US prosecutors.

The dominos may already be falling. In May, Fabio Lobo, the son of the former Honduran President Porfirio Lobo, was arrested in Haiti for crimes connected to the Cachiros’ operations.

Like the Fabio Lobo case, there was no indication that Yankel Rosenthal was under investigation. Before he traveled to Miami, the president of Marathon gave an extensive interview to La Prensa in Honduras during which he spoke of the Marathon soccer club’s financial difficulties in recent years and the sensation that the club was too dependent on him.

“I feel alone,” he told La Prensa. “We are just passengers and one day we won’t be there. If they get used to living off of me, then I am worried.”

Marathon has not come under public scrutiny for ties to criminal groups, but Real Sociedad, the Tocoa-based club was supported by the Rivera Maradiaga family, Honduran intelligence sources told InSight Crime.

The Continental Group's bank, Continental Bank, advertised with Real Sociedad (see photo below), but when InSight Crime published this in a story about soccer clubs and criminal groups in Central America, Jaime Rosenthal vehemently defended the group’s business practices. 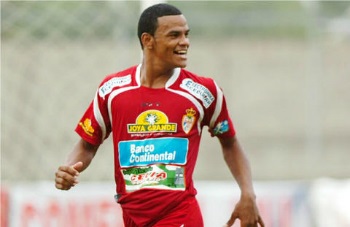 “All the sponsors that put their logo in the uniform are big companies and others since TV stations transmit all the games, putting the logo in the uniform is a very important advertising spot and very cheap because it has a large quantity of viewers,” Rosenthal wrote in an email. (See full email here.)

“Certainly your article damages our image and it is causing problems to us. We have been in business in Honduras for more than 100 years," he added in the email. "We have audited statements for more than 35 years, and we can prove the origin of every penny we have.”

The Rosenthal family has not yet responded to InSight Crime’s requests for comment on Yankel Rosenthal’s arrest.