Why Does Latin America Have the World's Highest Female Murder Rates?

Latin America is the region with the most female murders on earth, a phenomenon partly due to organized crime activities such as human trafficking and gang violence. Just how do these criminal activities increase the victimization of women?

A recent report by a number of international organizations (pdf) revealed that seven out of the ten countries with the highest female murder rate in the world are in Latin America. El Salvador heads the list with a rate of 8.9 homicides per 100,000 women in 2012, followed by Colombia with 6.3, Guatemala with 6.2, Russia with 5.3 and Brazil with 4.8. Mexico and Suriname are also in the top ten.

While general violence levels and domestic abuse are considered to be the main contributors to high femicide rates, organized crime also plays a huge yet overlooked role in the victimization of women in Latin America. As Guatemala's Attorney General Thelma Aldana told InSight Crime, 50 percent of the 854 women killed in Guatemala in 2015 were murdered as a direct result of organized crime.

Human trafficking is a vast illegal economy in Latin America, and one that disproportionately affects women and girls.

"The only case in which you can make a case that femicide is increasing as a result of transnational organized crime is human trafficking … in Central America and the Caribbean," InSight Crime was told by the Representative of the United Nations Office on Drugs and Crime (UNODC) Regional Office for Central America and the Caribbean, Amado Philip de Andrés.

Human trafficking victims to and from the region -- the majority of which are females between the ages of 18 and 28 -- are on the increase, and so are the number of fatalities.

"The femicide rate in cases of human trafficking for victims is very, very high," de Andrés said. "Especially for the purposes of sexual exploitation, which … might account for 91 or 92 percent of the cases."

Female victims from across the region as well as other areas, such as Eastern Europe, are tricked into working in the sex trade where they are tortured, raped, and often murdered.

One of the most troubling aspects of this form of crime is that, as de Andrés points out, the woman's "victimization never ends." Even if the victims manage to escape or are rescued, they may be killed in retaliation, or even fall back into the trade if they are not given sufficient attention and alternative work opportunities, which they rarely are.


Widespread impunity in human trafficking cases, fear of denouncing crimes, and the huge profitability of the market -- up to $320 million a year in the region alone, according to the UNODC official -- causes the victimization of women to be an ongoing reality. Women and girls are increasingly becoming victims of other variations of the crime, including a lucrative and often deadly illegal organ trafficking industry and the smuggling of migrants.

Another Latin American phenomenon that can help explain the high rate of female murders is the presence of gangs.

While the majority of gang-related deaths are men, one of the fundamental threats to women is that they are considered to be the property of gang members.

This is arguably the result of the origins of gangs themselves. According de Andrés of the UNODC, femicides linked to Central America's Mara gangs can be traced back to Los Angeles in the 1980s, where the Maras first arose.

As the Maras developed, a new form of social cohesion arose -- one which continues to be an essential trait of these groups today -- in which the Maras became a gang member's true "family," while relatives became gang "property," de Andrés told InSight Crime.

Consequently, during disputes between gangs, women are frequently caught in the crossfire, with girlfriends, sisters, and mothers targeted by rival gangs. In many cases, female relatives of imprisoned Mara members make easy targets for revenge killings, as the male is unable to protect them.

What's more, according to the Mara "code of honour," if a member betrays or abandons his own gang their most vulnerable "possession" is attacked -- which usually means the rape or murder of his sister or wife, de Andrés explained.

Girlfriends are also vulnerable. While men are seldom punished for infidelity, women can be killed for such behaviour.

The oft-studied case of Mexico's Juárez, which saw 400 femicides between 1990 and 2005, is illustrative of how femicides often involve "symbolic" effects. Murdered women in Juárez were found to have undergone torture, rape, mutilation -- especially of the sexual organs and breasts, and decapitation.

But those signs of torture are more anomalies in the pattern than the rule. Of the 400 cases documented in Juárez, all but 100 were resolved, and most of those cases involved domestic partners or people that the victim knew.

Nonetheless, the brutal tactics seen on some of the victims do appear to be a means of delivering a message and are still common today, particularly in the Northern Triangle. According to Aldana, these brutal tactics not only bear the clear markings of organized crime, they are also an expression of misogyny.

"The difference in Guatemala between the death of a man and the death of a woman is that the woman is raped before she is killed, she is mutilated … This does not happen to men… It is clear to see how misogyny is present up until the moment of a woman's death," she told InSight Crime.

Women Who Work in Crime

Femicides can also be high among women who become members of criminal organizations.

"Within organized crime, patriarchal structures and traditional gender roles continue to be reproduced," the Criminal Policy Unit of Colombia's Justice Ministry told InSight Crime. Indeed, women seldom occupy higher positions in an organization, and are rather used for menial, but often dangerous tasks. 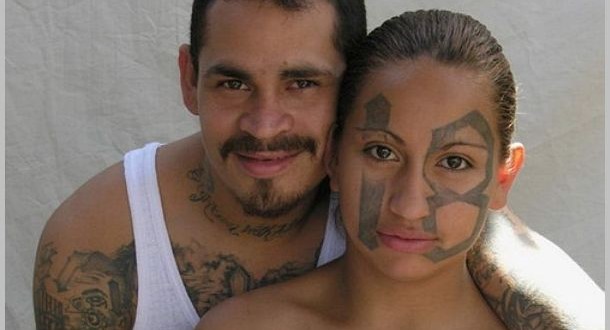 A Barrio 18 woman in a 2008 documentary about El Salvador gangs, "La Vida Loca"

Perhaps the most high-profile of these largely female roles is the "mula" -- or drug "mule". This duty can all too frequently lead to death if drugs enter a woman's bloodstream, and she can also be killed as punishment for getting caught.

In other criminal structures, women can be used as expendable members, working as extortion collectors or as drug dealers.

Femicide and the overwhelming impunity surrounding it is a hot topic for law enforcement around the region.

A fundamental problem hindering progress is that, as Guatemala Attorney General Aldana points out, "The law does not protect women who are involved in organized crime."

This is despite the fact that many women are co-opted into joining criminal structures. According to the attorney general, prosecutors need be disciplined enough to understand the difference between women who become involved with criminal organizations willingly and those are forced to join due to economic dependence, or other reasons.

De Andrés agrees that, although the legislation defining and criminalizing femicides is strong in many Latin American countries, what is lacking is prosecution and prevention. Re-victimization is a critical issue that can be resolved by increasing attention to victims, as well as protecting those who put themselves at risk by becoming witnesses.

Given the nature of organized crime, international action is essential in preventing femicides. One response to this issue is a new UNODC-backed "Blue Heart" Campaign, which looks to raise awareness on human trafficking on transnational flights. 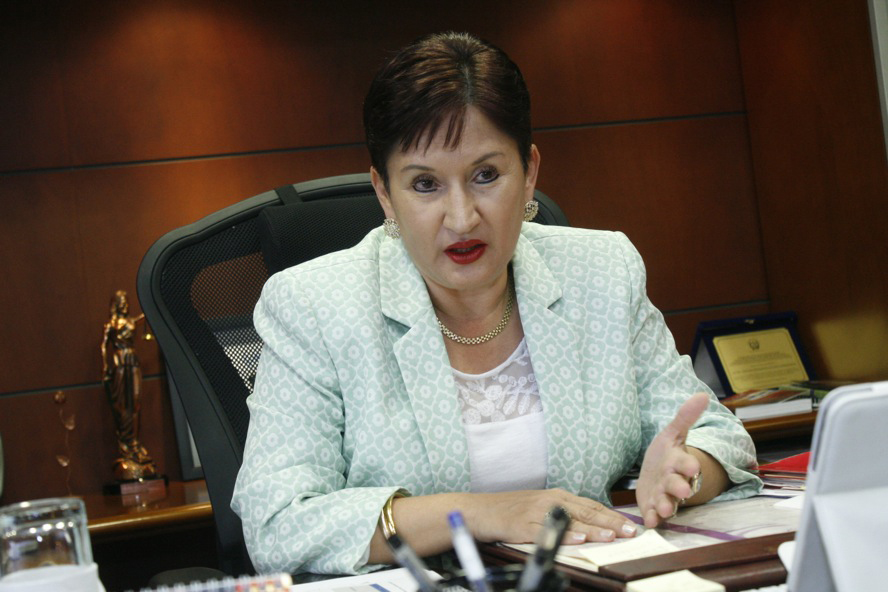 In Guatemala, the government established a specific law regarding femicide in 2008; launched a task force, created a special court for hearing these cases, and established a center where victims can give testimony and receive psychological treatment in the same place.

"It is incredibly difficult for laws to be issued in favor of women... to introduce a law requiring the judiciary to take a gendered approach in cases in which a woman is involved in crime, it can't be so," she said. "I think we're a long way away from this way of working."

Killings in Cali: What is to Blame for the Spike?

Convulsed by nearly eight weeks of anti-government protests, the Colombian city of Cali has also experienced a terrible surge in…

Argentina Spares Mother Who Served as Drug Mule to Save Son