Oil thieves in Mexico have diversified yet again and are now sidestepping security forces by utilizing hoses buried just out of sight underground to transport stolen fuel, highlighting ongoing government struggles to curtail the illicit industry.

The tunnels built to house the hoses are not typically very deep but hidden just far enough below ground to elude security forces patrolling on foot and in small aircraft, which reportedly rely in part on detecting the strong smell of hydrocarbons. 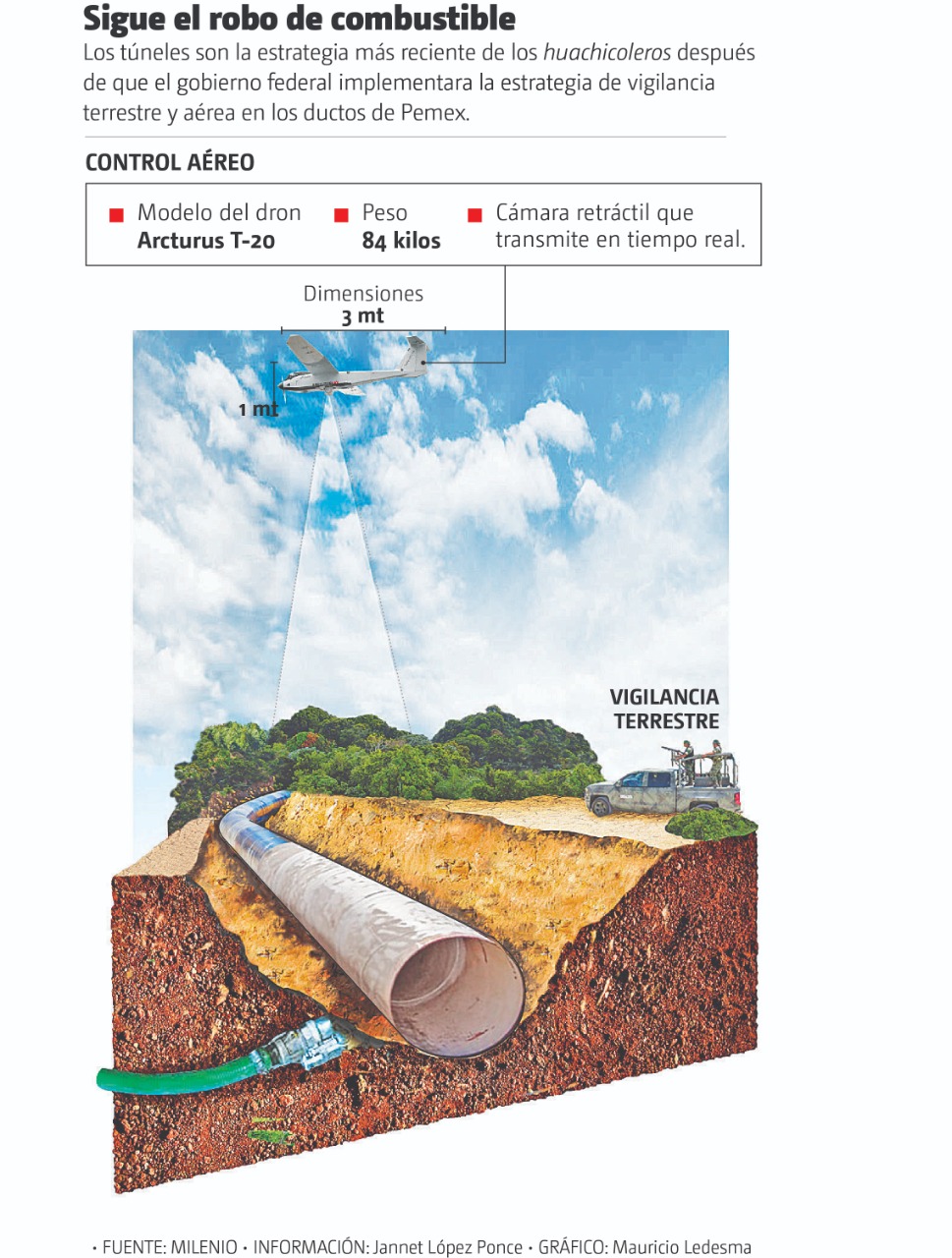 After siphoning the stolen fuel via the subterranean hoses, it is extracted at different points up to 180 meters away, the length of one of the hoses unearthed by authorities, according to EFE. Oil thieves have long relied heavily on technical knowledge provided by corrupt officials from the state-owned oil company Petróleos Mexicanos (Pemex) and local governments to tap oil pipelines.

In one case, authorities discovered a “parallel system” for stealing fuel just two kilometers from one of Pemex's installations in Hidalgo, according to Milenio. Oil thieves, known locally as “huachicoleros,” took advantage of infrastructure left behind by the North American energy company TransCanada, which abandoned their operations in central Mexico in 2018 due to alleged “social conflicts.”

Mexico’s security issues are many, from seemingly endless violence attributed in large part to the country’s organized crime groups to beleaguered security forces unable to slow the carnage. At the same time, the country’s oil thieves have been a constant thorn in the side of President Andrés Manuel López Obrador.

Before taking office, oil thieves in Mexico were running rampant. In fact, Pemex reported record levels of fuel theft in 2017, with 9,509 cases shattering the previous year’s tally of 6,873 instances.

Soon enough, criminal groups began to compete violently for control of the illicit industry, which authorities were struggling mightily to curtail. While the Santa Rosa de Lima Cartel, based out of central Guanajuato state, had largely taken hold of the trade, others began to contest them. A particularly bloody five-day stretch in October 2018, for example, saw more than 50 killed amid battles with the powerful Jalisco Cartel – New Generation (Cartel Jalisco Nueva Generación – CJNG) over control.

The violence even prompted Pemex to train and arm its security staff to prevent attacks and illegal drilling. However, since then, the Santa Rosa de Lima Cartel, headed by José Antonio Yépez Ortiz, alias “El Marro,” has been severely weakened, breaking their dominance over oil theft operations in Guanajuato and other key surroundings states, such as Querétaro and Hidalgo.

Some security experts attribute the near dismantling of El Marro’s group to increased government efforts to directly attack key revenue sources and combat the illicit oil trade. Pemex reported a 91 percent drop in oil theft at the close of 2019, which helped save the company millions in revenue, according to data presented by President López Obrador at the start of this year.

That said, the Mexican president cannot declare victory over oil thieves just yet despite these improvements. The latest diversification of these operations suggests that, while important strides have been made, oil theft has not quite been reigned in fully just yet.