The Dominican Republic’s new attorney general faces big challenges in combatting the organized crime that has made the island nation a hub for drug trafficking in the Caribbean, and many of them start with improving the country's system of law enforcement.

Jean Alain Rodriguez took over as the country’s top law enforcement official on August 17 saying “the time for criminality to end has come,” Telenoticias reported.  The former director of the Export and Investment Center (Centro de Exportación e Inversión) promised to implement a “policy against crime that is truly intelligent, integral and strategic.”

The Institutionality and Justice Foundation (Fundacion Institucionalidad y Justicia - Finjus) noted that Rodriguez will have to do more than confront criminal mafias, El Nuevo Diario reported.  He needs to whip an inefficient prosecutor's office into shape and coordinate it better with other agencies, fight for more funding, build consensus around penal code reform and promote structural changes to the Dominican Republic’s prison system.

Finjus Executive Vice President Servio Tulio Castaños said the new attorney general’s most pressing task was to secure the independence of his office by removing politics from the rule of law. He told El Nuevo Diario that past prosecutors have focused on catching small fish and consumers rather than “dismantling structures.”

“We believe that he should concentrate on everything that has to do with the structures where organized crime operates,” Tulio Castaños added. “For example in the fight against drugs, cases where the personalities are not very relevant and the operators of those structures are not brought to justice.” 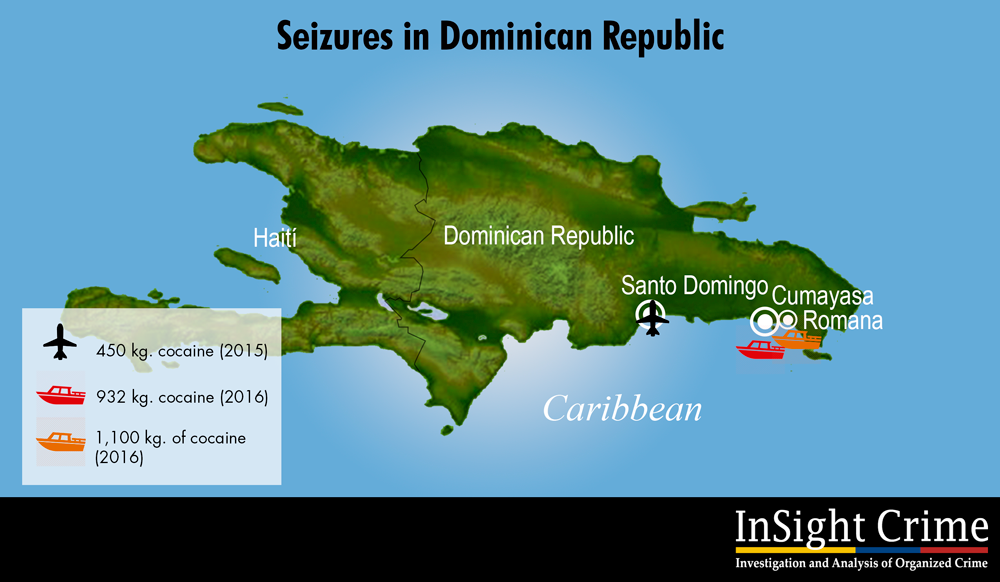 The Dominican Republic is an important transit hub for drug traffic through the Caribbean to both the United States and Europe, as evidenced by a series of drug seizures that have occurred over the past two years.

In March 2015, five Venezuelans were caught flying 450 kilograms of cocaine into Santo Domingo from that country on a private jet. A year later, three Venezuelans and one Colombian were picked up by the Puerto Rican Coast Guard 150 nautical miles off of Romana, Dominican Republic, in a vessel carrying 1,100 kg of cocaine, Listin Diario reported.

On August 16, two men were taken into custody after trying to come ashore at Cumayasa with 932 kilograms of cocaine, Diario Libre reported. The US State Department estimates that about 6 percent of South America’s cocaine passes through the island of Hispaniola,  which is shared by the Dominican Republic and Haiti.

The Nuevo Diario reported on August 18 that Vice Admiral Edmundo Félix Pimentel was named the new head of the Dominican Republic’s drug enforcement agency following a two-year stint in the Navy’s General Command. Pimental promised to employ whatever means necessary to counter drug trafficking and money-laundering.

Considering the recommendations made by Finjus' Tulio Castaños and other legal experts, Attorney General Rodriguez will have to invest a lot of effort cleaning up and articulating the country’s law enforcement system before he can hope to make a real dent in the criminal enterprises that use the Dominican Republic as a stepping stone to the lucrative markets for illegal drugs in the US and Europe.

A network which sexually trafficked Colombian and Venezuelan women to the Dominican Republic has been dismantled.