Authorities say increasingly modified and modernized handmade firearms have surfaced in Honduras, but the real problem remains the prevalence of illegal manufactured weapons throughout the country.

La Tribuna says says there has been an increase in modified "chimbas," crudely fabricated and illegal firearms, making them more modern and lethal. Agents from the Investigative Police (DPI) also told the newspaper that gang members “and other delinquents” are driving the trend.

An official from the General Directorate of Forensic Medicine (DGMF) added that the modernization of these weapons could be attributed to the collaboration of arms experts in their manufacturing, including former army and police forces.

In a country with one of the highest homicide rates in the world, around 80 percent of which are committed using guns, reports of increasingly technological and powerful, homemade guns is a significant concern. But the real issue is the large-scale and fairly uninhibited circulation of manufactured weapons throughout Honduras.

In 2014, a congressional commission estimated that there are over 700,00 unregistered guns in circulation, outnumbering legal firearms almost three to two. While homemade firearms make up a portion of these weapons, the majority of these illegal guns are trafficked from the United States, neighboring countries and through corrupt Honduran security forces.

The prevalence and access to manufactured guns makes it unlikely that gang members and others would turn to specializing in handmade chimbas. Chimbas are also labor intensive and are notoriously unreliable.

There also appears to be some confusion in the article itself. La Tribuna says authorities have decommissioned 192 chimbas between January and August of 2015. Yet the graph at the bottom of the article says that only 27 chimbas were decommissioned during that time period, far less than La Tribuna's reported figure. In either case, these numbers are grossly overshadowed by the number of manufactured firearms decommissioned. (See below) 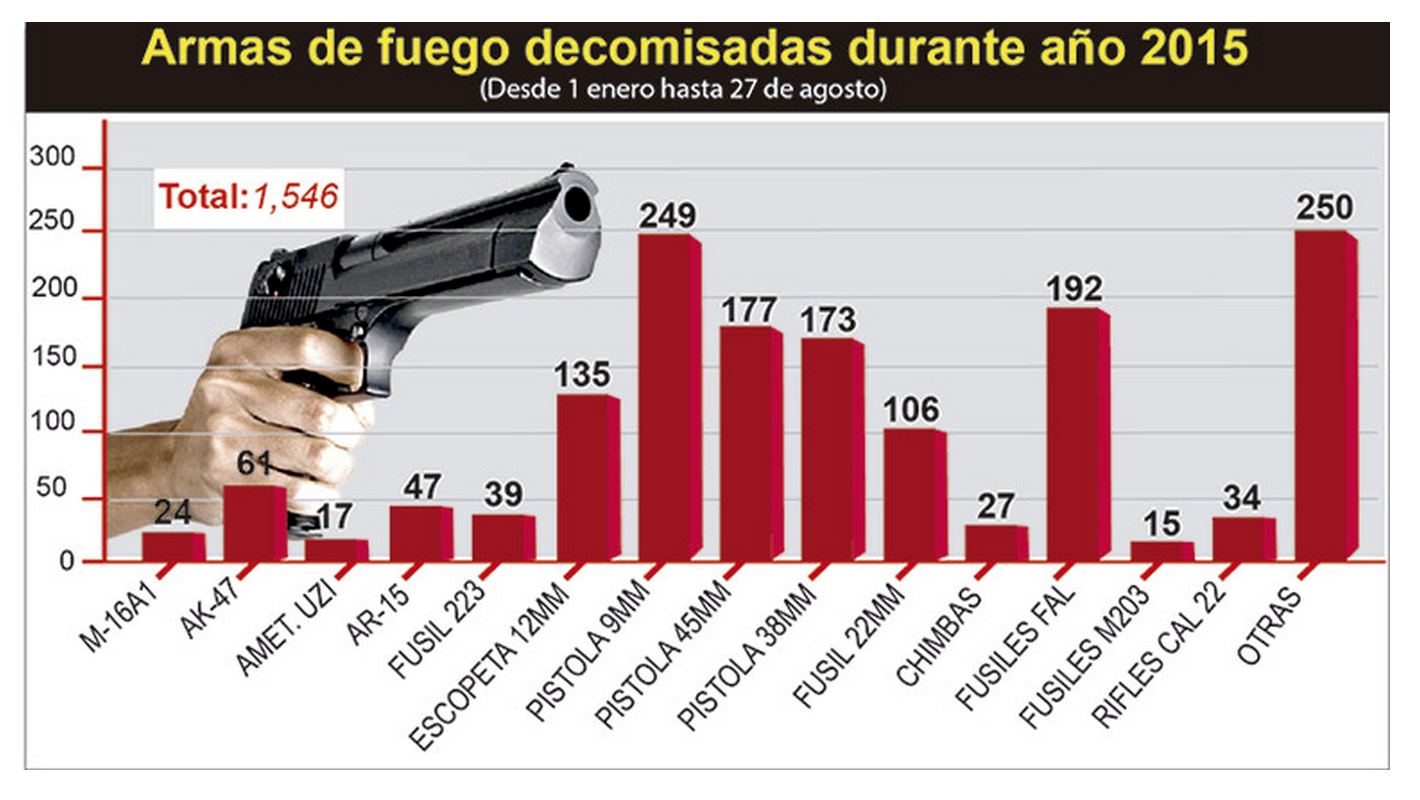