The US government has sanctioned the alleged leaders of a Mexico-based heroin trafficking ring in another indication of a new emphasis on disrupting the flow of the Mexican heroin that is fueling an epidemic in opioid abuse in the United States.

Sanctions were also levied against Job’s wife, Mercedes Barrios Hernandez, and Ismael’s wife, Daniela Gomez Velazquez, as well as Antonio Marcelo Barragan, who allegedly served as a supplier of raw opium for the Laredo organization, and Ismael Reyna Felix, who is accused of handling illicit funds. OFAC named a fifth individual, Andres Laredo Estrada, but did not clarify his alleged role in the organization. (See the OFAC graphic below) 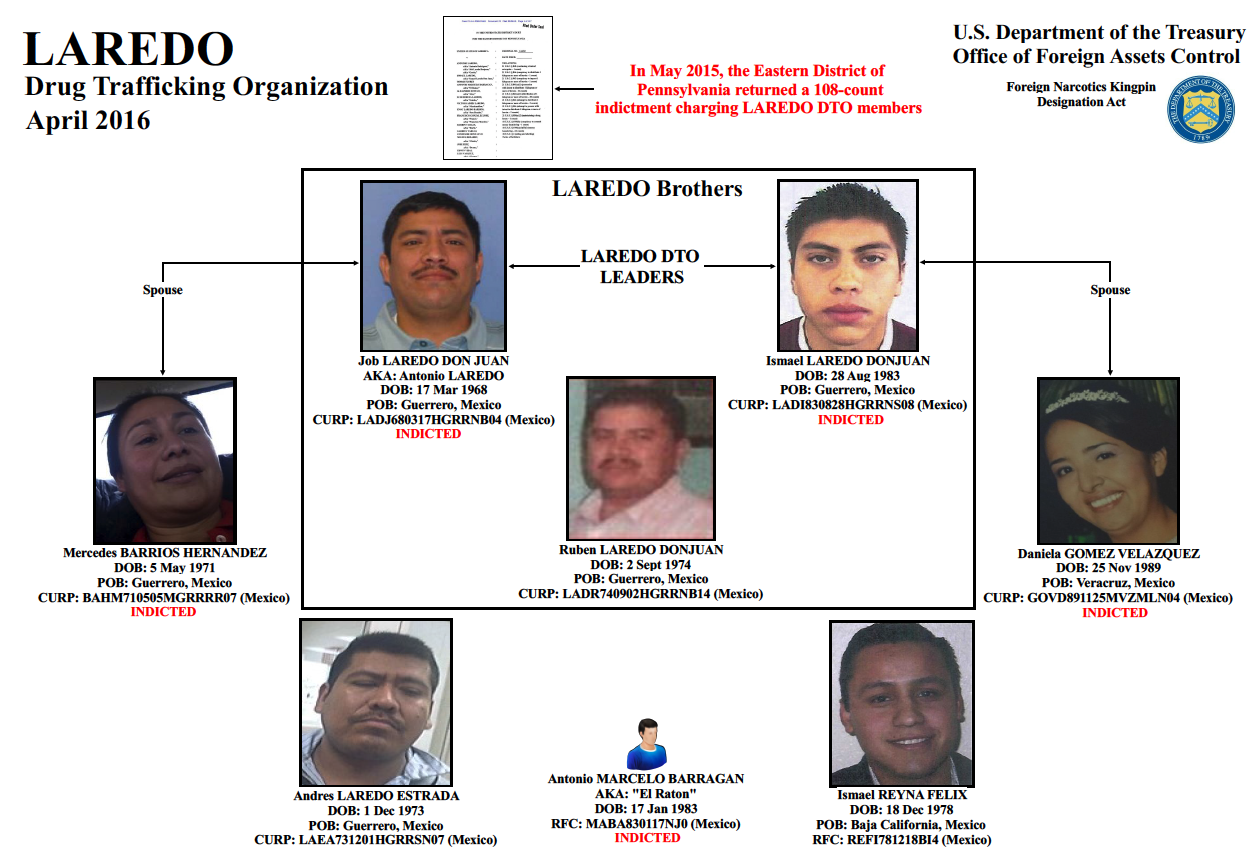 The indictment also accuses the Laredo organization of using a variety of money laundering techniques such as funnel accounts, wire transfers, and Western Union money grams to launder at least $5 million of its heroin proceeds.

Furthermore, the indictment claims that the Laredo brothers and members of their organization used violence and threats of violence -- including murder, assault, kidnapping and arson -- to protect their operation.

A spokesperson from the US Attorney’s Office for the Eastern District of Pennsylvania, which is handling the prosecution, told InSight Crime that all of the individuals named in the indictment are in custody with the exception of Job, Ismael and their spouses and the alleged opium supplier Barragan.

The sanctions against the Laredo organization come as US anti-drugs authorities continue to express alarm over rising rates of heroin abuse in the United States and are the latest sign that heroin trafficking is a growing priority for US government agencies. According to the Drug Enforcement Administration (DEA), heroin has replaced methamphetamine as the drug of greatest concern for law enforcement due to its increasing availability around the country and a spike in deaths attributable to heroin overdoses (pdf). In addition, the White House recently described opioid abuse in the United States as an “epidemic” and proposed more than $1 billion in new funding to address the issue.