Cargo theft is emerging as one of the principal illicit revenue streams of organized crime groups in Brazil and some of those profits are funneled into more traditional pursuits such as arms and drug trafficking.

Since around 2012, cargo theft in these cities has spiraled out of control. It is one of the fastest growing criminal practices in the country, with Rio and São Paulo the worst affected cities. According to government reports, cargo theft is estimated to cost companies in Brazil more than $558 million a year, Strada reports.

The state of Rio de Janeiro has seen the biggest surge in incidents, and organized crime groups there reportedly earn approximately $21 million a year through cargo theft. Yet, despite huge losses and the detrimental effect on investment in Brazil, the crime is often overlooked. While not as lucrative as drug-trafficking, cargo theft helps finance other criminal activities.

Pharmaceuticals, cigarettes, meat, alcohol and other drinks, as well as appliances are the most frequently targeted cargo. Electronics in particular can be extremely lucrative for criminal groups. For example, in July 2014, a group of approximately 20 unidentified individuals raided a Samsung warehouse in São Paulo, stealing $6.4 million’ worth of merchandise. Meat, on the other hand, is not a particularly lucrative cargo, but can easily be sold on the black market.

Alongside Mexico, Argentina, and Venezuela, Brazil is one the countries worst affected by cargo theft in Latin America. More than 17,500 incidents were reported across the country in 2014, according to Globo, the last year for which complete national statistics are available.

A report by logistics security services company Freight Watch International says São Paulo registered the highest number of incidents in Brazil, with 8,500 thefts last year and about as many in 2014. However, Rio de Janeiro has seen the most significant increase in incidents. The state’s Public Safety Institute (Instituto de Segurança Pública) reported that the number of incidents increased from 2,619 to 7,225 between 2010 and 2015. That is the highest number of cargo thefts in the city since the government started collecting data in 1992, with incidents increasing by 23 percent last year alone.

There has also been a significant increase in cargo theft in the northwestern Amazonas region, which accounts for about one third of all incidents. The region has become known the ‘truck robbery center of Brazil.’ There, officials have blamed poor policing along isolated roads for the uptick in incidents. However, in Rio de Janeiro, a stronger police presence and security operations have done little to combat skyrocketing cargo theft levels.

A report in Globo notes that instances in Rio increased by a further 11 percent during the first three months of 2016. Evidence would suggest that powerful organized crime groups, police corruption, and a worsening state economy are largely to blame. 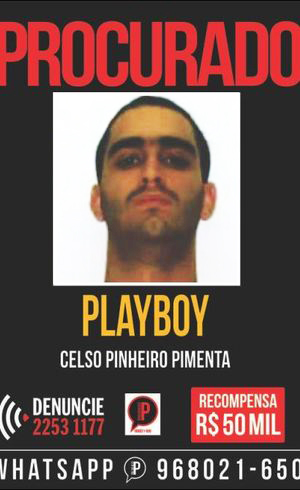 Rio de Janeiro’s northern suburbs remain the worst affected areas, particularly in neighborhoods around the low-income Pedreira and Chapadão favela complexes. The satellite city of Duque de Caxias is also a cargo theft hotspot. Many incidents occur along the principal highway through Rio, Avenida Brasil, the metropolitan stretch of Rodovia Presidente Dutra, and bisecting roads. It is little coincidence then that these areas are dominated by Rio’s three largest organized crime groups, ADA, CV, and the TCP. The ADA in particular is one of Rio’s most prolific cargo theft groups, with former leader Celso “Playboy” Pinheiro Pimenta personally overseeing those operations until he was killed in August 2015, according to an O Dia report.

Smaller criminal groups specializing in cargo theft also operate in the city, likely with the consent of larger organized crime groups that take a cut. Typically, criminal groups will carry out cargo robberies in small bands, intercepting cargo trucks travelling through under-policed urban areas. In some cases, drivers are held hostage for a short period until the merchandise has been unloaded, stolen, and then delivered to buyers on the black market.

Authorities in Rio de Janeiro have become increasingly aware that cargo theft is an important source of funding for the city’s drug-trafficking groups. Selling largely untraceable stolen cargo like cigarettes and alcohol is a quick and easy income stream that can be reinvested in weapons or drugs.

O Dia reported that one Rio gang stole an average of $111,000 worth of cargo in each of its robberies. Due to the surging number of cargo theft incidents, Rio’s cargo theft police unit (Delegacia de Roubos e Furtos de Cargas - DRFC) now only investigates incidents involving more than $29,000 worth of stolen merchandise.

Cargo theft and the sale of stolen goods is facilitated by a wide network of corruption and bribery. It relies on businesses in the black market that buy the goods, corrupt employees who reveal confidential information on transportation routes, and complicit police officers who are either bought off or get a cut of the proceeds. In several cases, Rio police officers have actually been directly involved in the robberies themselves, subsequently selling off the stolen merchandise to organized crime groups.

Media outlet Jovenpan cited a security official's estimate that former or current employees of the targeted companies are involved in approximately 90 percent of the incidents. Several sources in Rio’s cargo security industry suggested that truck drivers are often complicit in cargo theft schemes.

Efforts by cargo companies as well as the state to counter a surge in robberies have done little to address the issue. The companies have installed tracking devices and employed armed guards, but, as one industry source noted, the criminals often have more firepower.

State security operations by cargo theft units like Rio’s DRFC have also done very little to control the problem despite seizures of stolen goods. And plans to cut Rio’s security budget by $558 million are not a good sign for the DRFC’s ongoing operations. The increased costs associated with cargo theft has already forced some transport companies out of business.

With police attention focused on combating drug-trafficking, widespread infiltration by organized crime groups and already inadequate public investment facing budget cuts, the problem is likely to get worse. Meanwhile, stolen merchandise is likely to continue to be a quick and easy revenue stream for Brazil’s organized crime groups, funding the purchase of arms and narcotics and fueling further violence.

*Lloyd Belton is a political and country risk analyst at the consulting firm S-RM.

Impunity Driving Uptick in Violence Against Yanomami in Brazil

Police in Peru have recently seized large quantities of contraband cigarettes in one of the capital’s most populous districts, in…