GameChangers 2016: Still No Peace in Colombia

This year saw a Nobel Peace Prize for the Colombian president and two peace agreements with Marxist rebels. Yet an end to the fighting is still a ways off in this battered Andean nation, and organized crime is about to undergo another mutation.

An end to the 52-year civil conflict with the Revolutionary Armed Forces of Colombia (Fuerzas Armadas Revolucionarias de Colombia - FARC) will come in 2017, at least with most of the rebel movement.

The first agreement came in September when President Juan Manuel Santos invited world leaders to witness the signing, as he and FARC commander-in-chief Rodrigo Londoño Echeverry, alias "Timochenko," sealed the deal in writing. Colombia’s most powerful rebel army was to head to concentration zones and start handing over its weapons.

President Santos quoted Colombia's national anthem in his final words to the crowd: "This is the end of the terrible night, and of the violence that has kept us in its shadow for over half a century. Today I invite you all…to open our arms, our eyes, our minds, and welcome the new day. Let us open our hearts to the new dawn…the dawn of peace, the dawn of life."

He also touted the peace deal with the FARC as a possible turning point in Colombia’s long fight with drug trafficking. He is engaging in wishful thinking.

The FARC is a political organization, but in criminal terms, it is hard to underestimate the importance of the group. They earn between $400 million and $700 million a year, much of that from the drug trade. They control the production of coca base, the first stage in the manufacturing of cocaine, in up to 70 percent of Colombia. And with Colombia being the foremost producer of cocaine, that makes the FARC one of the most important single players in the world cocaine trade.

Colombians were also skeptical of the peace accord and angry at concessions it provided to rebel commanders. In a plebiscite to confirm the deal in October in which only 37 percent of the voting population participated, a slim majority voted it down. Nobody was expecting this -- not President Santos, not his primary opponent, former President Alvaro Uribe, and certainly not the FARC.

Just days later, the Nobel Committee selected Santos for its coveted prize. The announcement gave the president and his allies a political boost, and helped jumpstart 40 days of intense re-negotiations between the guerrillas and the government to put together a new agreement, this time taking into account the objections of the “No” voters. Time was of the essence, not just for Santos as 2017 heralds the start of new presidential and congressional campaign season, but for Timochenko, who had bet everything on a peace deal despite opposition from some of his more influential commanders.

Already one unit, the historic First Front, had proclaimed itself dissident in July. Based in the coca-growing department of Guaviare, this group of up to 80 fighters has a strong financial base and close ties to local communities. Indeed, with peace on the rocks, the First Front began to expand towards the Brazil border to take over illegal gold mining operations.

The second peace agreement, signed in November, looked remarkably like the first. Another 30 pages had been added, but there were few radical changes. Unwilling to risk another brush with the electorate, Santos opted to use Congress, in which he has a majority to ratify the agreement. Parts of the agreement have since successfully cleared this hurdle; the agreement will likely be fully ratified in early 2017.

However, the delays and the reaction of the Colombian people, prompted more elements of the FARC to break away.

"This decision is motivated by their recent conduct, which has brought them into conflict with our political-military cause," a FARC press release read following its decision to expel several guerrilla commanders.

Gentil Duarte is perhaps the most important of the five commanders to leave the guerrillas' ranks. A historical member of the organization, he was part of the FARC's General Staff (Estado Mayor), the leader of the 7th Front and, in 2013, he joined the group's peace delegation in Havana, Cuba. 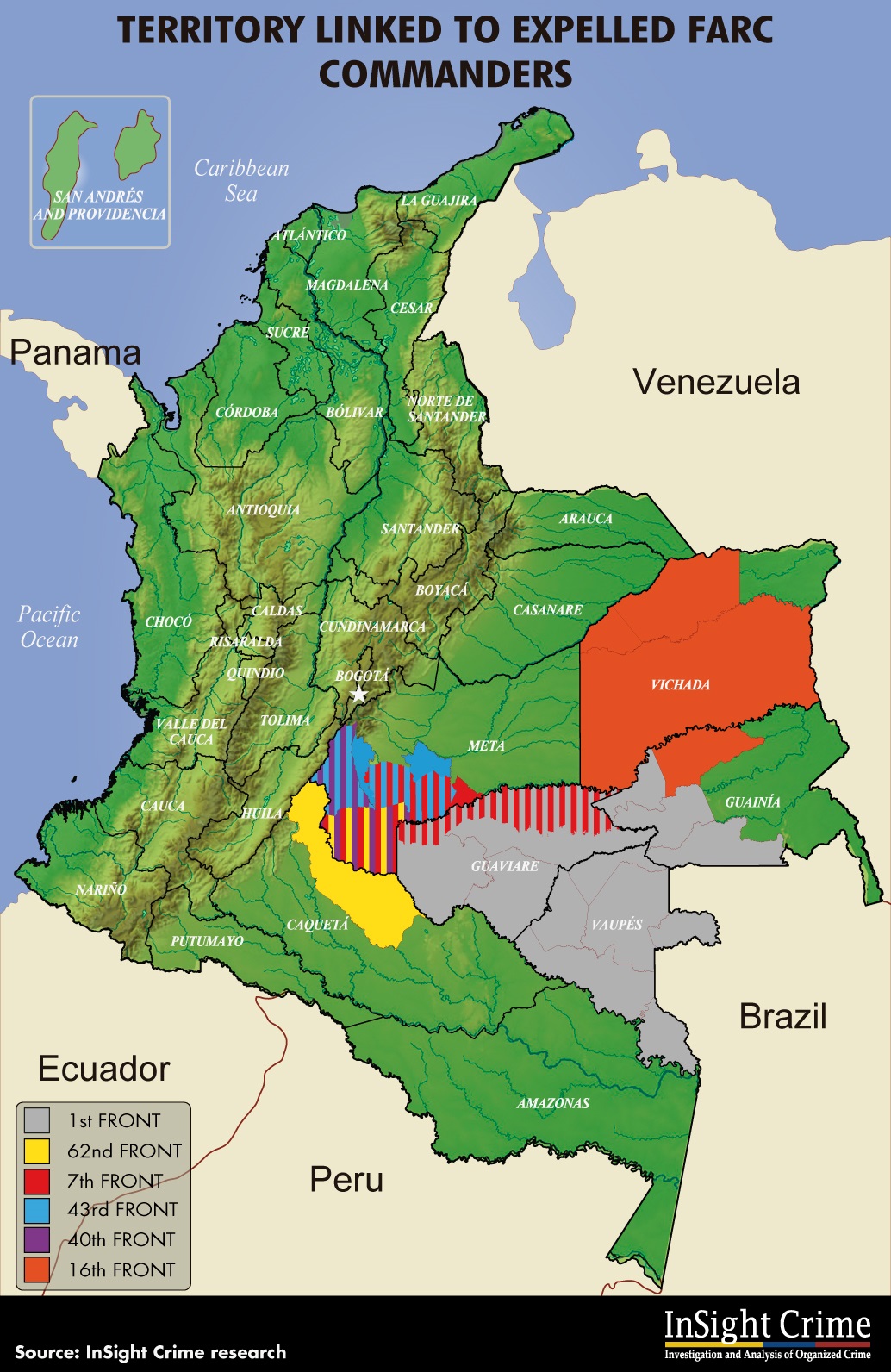 So far the dissidents are confined to the eastern plains. Yet we fear that when it comes time to move into concentration zones, evidence of further desertion will become apparent. The FARC are supposed to be concentrating not only their armed fighters, but their militia networks as well. Military intelligence sources have spoken of up to 7,000 armed rebels with an average of two militiamen per fighter. Therefore there should be some 21,000 FARC members getting ready to move into the concentration zones. Some government sources say that less than half that number are currently moving into pre-concentration zones. That could mean that half of the FARC stay outside the agreement.

The military have promised to launch an offensive on any FARC elements that do not move to those demobilization areas and to fill the security vacuum left when the rebels withdraw. However, the government has never been able to occupy the national territory. And while the Defense Ministry's budget will increase by around two percent in 2017, and Colombia is expecting hundreds of millions of dollars' worth of international "post-conflict" aid, the government is suffering from a deficit. What's more, recent state attempts to establish control in areas that have long been abandoned by the government have been insufficient, and there are concerns of a shortfall in international funding.

The criminal economies that have sustained the FARC for the last 50 years have not disappeared with the stroke of a pen on the peace agreement.

Many illegal actors are eyeing FARC territory and the coca crop the rebels have long controlled, as well as illegal mining and extortion opportunities it presents. There is not only a risk of more FARC dissidents, but guerrilla elements criminalizing and going into business for themselves, perhaps allying with other criminal actors.

The withdrawal of the FARC from the civil conflict does not signal its close. There is another insurgent force still in the field: the National Liberation Army (Ejército de Liberación Nacional - ELN). 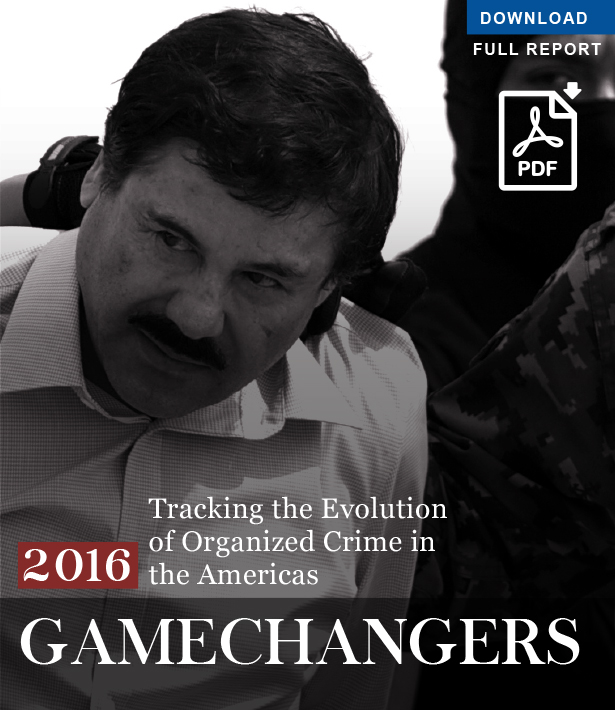 Historically all eyes have been on the powerful FARC and their promotion of the drug trade. The ELN have been largely overlooked, by the government and the security forces. Yet they number over 2,000 fighters and have powerful political networks in the territory they dominate. While they historically steered clear of the drug trade, over the last decade, seeing their FARC cousins and allies grow rich, ELN rebels have started imitating the FARC system of “taxes” on the drug trade. Now, in terms of revenue-raising, little separates the two groups.

The aim of the Santos administration was to forge a deal with the FARC and then offer the same terms to the ELN, thus effectively ending the civil conflict. Despite years of reaching out to the ELN, no formal dialogue with the group has begun, despite several false starts.

Talks were due to start in October 2016 in Quito, Ecuador. However the ELN did not release all the kidnap victims it held, one of the government’s pre-conditions for talks that the FARC respected, but one that the ELN has been unable to fulfill. There is very little chance that the Santos administration will be able to make any meaningful progress with the ELN before the second half of 2017, and by then Colombia's political machinery will be looking at the 2018 presidential and congressional elections. In that case, ending Colombia's civil conflict will be left to the next president, as Santos has already served the maximum two terms in office.

After the demobilization of the paramilitary United Self-Defense Forces of Colombia (Autodefensas Unidas de Colombia - AUC) in 2006, a new generation of criminal groups was born. They were dubbed BACRIM (from the Spanish "bandas criminales") by the government. With the departure of the FARC as a national movement, the "FARCRIM" will be born. They may retain their insurgent facade as appears the case with the dissident commanders and the First Front, or they may take on a wholly criminal structure, working alongside the BACRIM and becoming a part of the wider criminal networks in Colombia that currently ship up to 900 tons of cocaine out of the country. Whatever happens, a new chapter in Colombia's criminal history is likely to start in 2017.

An increase in seizures of tusi, or pink cocaine, in Spain could mean that this synthetic drug cocktail could be…