Latin America Organized Crime: What to Expect in 2015

Latin America is the most dangerous region in the world in terms of homicides and 2015 is unlikely to see any change in that. Below we list seven of the nations we believe are the most vulnerable to transnational organized crime in 2015.

This nation is at greatest risk of a significant increase in organized crime and greater threats to citizen security in 2015. The Chavista regime is crumbling, beset by internal divisions and economic woes. If oil prices continue at current levels, (at time of writing the price of a barrel of Brent crude, an international marker, was under $65), then Venezuela simply cannot pay its bills. Morgan Stanley predicted that Brent would average $70 a barrel in 2015, which if true means there is no relief in sight.

At the heart of the regime established by Hugo Chavez, and now led by President Nicolas Maduro, is generous social spending. This will have to be cut, and this will erode already fading government support. Crime is at epidemic levels, but hard to measure as there is little data being provided by the government and even less trust in what is released. Venezuela is the most dangerous nation in South America, and Caracas is the most dangerous capital.

All of this presents an explosive social and economic mix and provides perfect conditions for organized crime. Venezuela is already one the principal transit nations for Colombian cocaine, with an estimated 200 tons passing through every year. There can no longer be any doubt that elements of the Chavista regime, particularly in the military, are involved in drug trafficking. And their role has moved beyond simple facilitation.

The Venezuelan security forces do not have a monopoly on firearms. There are dozens of armed “collectives,” a rural rebel group, and a proliferation of street gangs with access to weapons. Venezuelan prisons are the most violent in the world and act as centers of criminal activity with reach far beyond the jail walls. Due to the scarcity of dollars amid currency controls, counterfeiters are enjoying a bonanza as businesses and individuals alike seek to get their hands on foreign currency, with inflation of the Bolivar running at over 60 percent. Criminal opportunities abound.

The police are corrupt and ineffective, the judiciary completely politicized, and much of the limited capabilities of law enforcement are dedicated to stifling political opposition, not crime. In short we believe that criminal activity will increase significantly in 2015, along with the homicide rate. 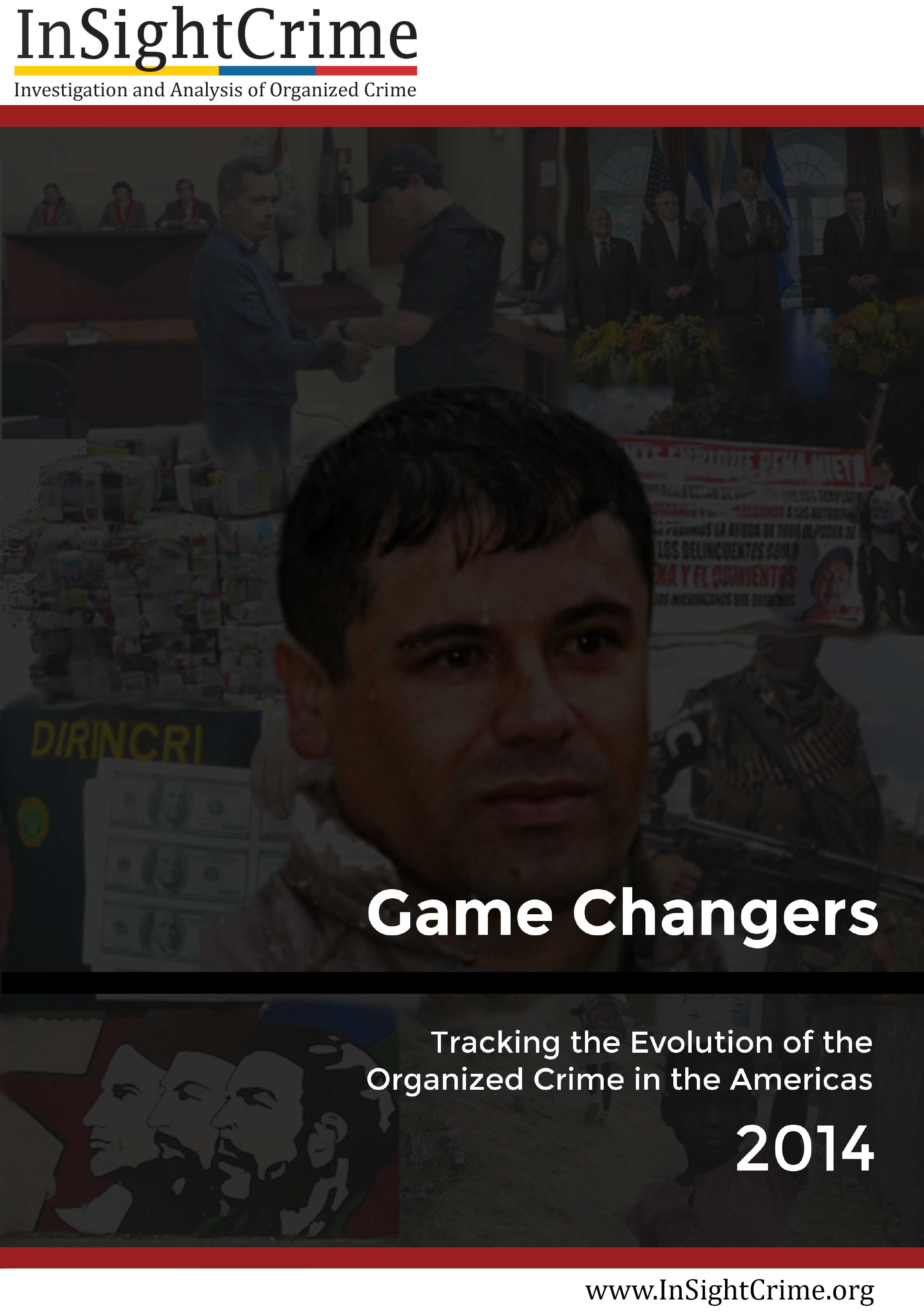 The Iguala, Guerrero case, where 43 students appear to have been murdered with connivance of local police and politicians, has provoked public outrage and will have profound effects in 2015. Either President Peña Nieto will take the necessary action to satisfy public opinion, or the security issue will cripple the remainder of his presidency. There are two factors to consider: the first is the political aspect of the impunity and government incompetence in the Iguala case; the second is the criminal aspect of the alliances between mafia and local elites, as well as police, in many states in Mexico. While there may be some announcements and reforms with regard to the first, we see little imminent change in the second. The fragmentation of Mexican criminal structures will also continue as leaders are captured. This may have the effect of increasing violence in the short term as successors fight for supremacy and the proverbial “plazas” or territory.

This poor landlocked nation finds itself at the center of the fastest growing market for illegal drugs in the world: South America. This year is likely to see its position as the smuggling hub for cocaine and marijuana further increase, which may have knock on effects of rising homicides, growing presence of transnational organized crime (principally Brazilian and Colombian) and the development of more sophisticated local organized crime syndicates. In addition, Bolivia may find it hard to contain coca cultivation in the face of record eradication efforts in neighboring Peru and the aerial eradication program in Colombia.

The peace process here is supposed to be entering its final phase and the government has stated that an agreement could be signed with the Revolutionary Armed Forces of Colombia (FARC) in 2015. But after speaking to rebel sources, InSight Crime is not convinced that an agreement is imminent. While guerrilla-initiated violence may be reduced, revenue-raising from drug trafficking and extortion is likely to increase, as the FARC divert resources from waging war into building up their finances in anticipation of any deal. Any peace agreement will change the criminal landscape in Colombia. Colombian organized crime, under great pressure at home, will continue its migration to other countries. One of the favorite destinations in 2015 will be Spain, the entryway to Europe, where higher prices for cocaine and changes to the Schengen (European Union) visa requirements for Colombians present irresistible opportunities.

While there have been some improvements here, this Central American nation must remain on the critical list for 2015. It is still the center of drug trafficking in Central America and the principal handover point between Colombian drug trafficking organizations and the Mexicans who dominate the US market. There is a great deal of US and international attention being directed here. However, there is not yet enough resistance to transnational organized crime for criminals to switch their operating bases to another nation. There has, however, been increased criminal activity in other Central American nations – even Costa Rica, long seen as an oasis of calm in an otherwise troubled region.

Guatemala is home to some of Central America’s more sophisticated drug trafficking organizations, which work closely with their powerful Mexican counterparts. It is also a significant poppy grower, providing the raw material for the booming US heroin market. This coming year also brings presidential elections, which will certainly see criminal elements financing campaigns and seeking to get allies into key political positions. It is hard to be optimistic for 2015 in Guatemala.

The world’s principal producer of cocaine had a record year in terms of drug crop eradication, yet its corruption, in the political and judicial arenas, as well as the police, has hamstrung attempts to tackle the smuggling networks. With US help, the air bridge into Bolivia -- which saw some 200 tons of drugs moved during 2014 -- may be challenged. This will not block the flow; it will just force traffickers to use different transport methods. There is little understanding of the nature of Peruvian organized crime and how it is corrupting state institutions. The Mexican cartels, desperate to get their hands on Peruvian product, have taken up residence and are moving large shipments -- as seen with a seven-ton cocaine seizure in August.

The ending of the gang truce has seen homicides return to pre-truce, epidemic levels. Another effect of the truce has been the increase in the sophistication, cohesion and political savvy of the two main street gangs, the Mara Salvatrucha (MS13) and Barrio 18. The MS13 has already been ranked alongside Mexico’s Zetas and Japan’s Yakuza by the US Treasury, and it is likely that 2015 will see the gang increase its transnational criminal activities, deepen involvement in the local sale of drugs, and possibly international trafficking.

A Cultural Occupation: The Guerrillas and the Indigenous in Venezuela's Amazon