'War on Drugs' a Recipe for Rights Abuses in Mexico

The criminalization of the sale and consumption of certain substances, under the model known internationally as 'the war on drugs', has been increasingly criticized in a variety of global forums due to its evident failure as a strategy to end the use and abuse of prohibited substances, as well as its impact in filling prisons with people accused of non-violent crimes.

When this model is adopted in a country where the rule of law, accountability or respect for human rights has not been consolidated, the negative impacts are multiplied.

This is the case in Mexico.

The prohibition of substances that are in high demand in the United States has made drug trafficking in Mexico one of the most lucrative businesses in the world. The million-dollar profits produced of this industry have massively fueled the growth, diversification and conflicts between criminal groups in Mexico. And these groups are often mixed up with broad sectors of the state in more than a few regions of the country, where the line between organized crime and the public sector has been blurred.

Given this reality, approximately a decade ago the federal government ushered in a new era, deploying tens of thousands of soldiers on the streets all over the country, even though neither the army nor the navy are trained or legally authorized to perform public security tasks. Originally introduced as a temporary measure to enable the purging and strengthening of the police corps, militarization continues in force today without an end in sight.

It is possible to assert that an exponential increase in disappearances is one of the unforeseen effects of the 'war on drugs' in Mexico.


Violence also continues in full force: in the past decade there have been more than 160,000 intentional homicides, (pdf) a huge percentage of them related to 'narco-violence' and the government's response. Although the federal government claimed a decrease in the homicide rate a couple of years ago, currently the country has the highest rates of intentional homicide since 2013, a trend that has been on the rise in recent months. In gross numbers, Mexico has for the past two years been among the three most deadly armed conflicts in the world.

The grave human rights violations committed in Mexico in recent years, now of international notoriety, are carried out in this context.

The enforced disappearance of 43 students from Ayotzinapa, Guerrero state in September 2014, at the hands of state agents, shook Mexico and the entire world. Without question, this case is one of the bloodiest examples of the crisis of violence, corruption and impunity that prevails in the country. The events in Iguala clearly showed one facet of the macro-crime context that exists in Mexico, as well as the human rights impact of the 'war on drugs': police violating human rights in the service of criminal organizations associated with drug trafficking.

The Interdisciplinary Group of Independent Experts (Grupo Interdisciplinario de Expertos Independientes -- GIEI) was appointed by the Inter-American Commission on Human Rights to provide technical assistance in the investigation. The group pinpointed drug trafficking from Iguala to Chicago as a relevant line of investigation. The GIEI concluded that involved police could have been motivated by a misguided attempt to protect the heroin trafficking route.

Even more troubling is the fact that the case falls within broader patterns of severe violations in the country. After the events of 26 September 2014, multiple mass graves were found in the Iguala area, resulting in the exhumation of more than 100 bodies. This reality extends beyond the state of Guerrero: there are hundreds of mass graves distributed throughout the country.

Official figures probably understate disappearances because of fear and due to obstacles faced by families who do report. A variety of civil society organizations have reviewed the official registry and concluded that it reflects only a fraction of the cases they have documented privately. In short, it is possible to assert that an exponential increase in disappearances is one of the unforeseen effects of the 'war on drugs' in Mexico.

Another problem that Mexican civil society reports, in the context of the 'war on drugs', is the extrajudicial execution of civilians by the army. Soldiers from an infantry battalion killed 22 people in the town of Tlatlaya, state of Mexico, in June 2014, some associated with a criminal group. The majority were arbitrarily executed, according to the National Human Rights Commission. Witnesses who were circumstantially at the scene were subjected to torture, ill treatment and sexual intimidation in a bid to coerce them into confessing that they belonged to a criminal organization and to keep them from talking about what they had witnessed. 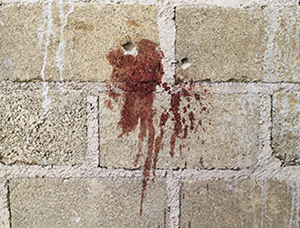 Defense and Navy officials reported troops taking part in the killing of over 4,000 civilians during more than 3,500 armed confrontations between December 2006 -- when militarization of crime fighting began to ramp up -- and December 2014. The Defense secretariat said 209 military personnel died fighting criminal groups between January 2007 and April 2014. That approximately 19 civilians have lost their lives for every soldier who has died is an indication of the disproportionate use of lethal force.

During that same period, human rights organizations in different regions of the country and international groups documented executions by military agents in which the civilian victims were not involved in any criminal activity whatsoever.

The widespread use of arbitrary detentions, torture and the fabrication of evidence in Mexico generates thousands of direct victims and makes professionalization of the country's criminal investigations impossible.

From 2004 to 2014, public human rights bodies registered at least 57,890 complaints of arbitrary detention. (pdf) In a country where the percentage of supposed in flagrante detentions – made at the time the crime is committed – by federal and state police continues to be disproportionate, the criminalization of drug possession or sales is used to justify arbitrary or illegal detentions. 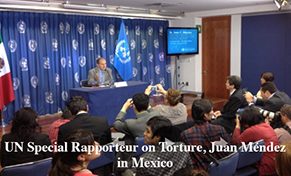 The immediate aftermath of many arbitrary detentions is torture. Upon concluding his official visit to the country in May 2014, current UN Special Rapporteur on Torture, Juan Méndez, confirmed that torture is rampant and practiced at all levels by civilian and military forces. Méndez found that "the use of torture and ill treatment appear to be excessively related to obtaining forced confessions."

The cases of torture reported by federal judges alone during the first eight months of 2014 numbered 1,398. If the judicial authorities in the common courts were to report cases of torture as often as their federal counterparts, in total there would have been some 10,000 reported cases of torture that year. Some statistics revealed in the media suggest that the rate of reports of torture in criminal cases was even higher in 2015.

As a general rule, public prosecutors barely, or wrongly, apply medical-psychological rules for documenting torture and/or ill treatment. There are a variety of documented ways to manipulate this tool, which helps keep the practice in the realm of impunity.

Of course, for every innocent person incarcerated because of a confession fabricated under torture, there is at least one unpunished crime and one perpetrator at large. The use of torture and other methods in the fabrication of evidence, instead of developing techniques for scientific investigation based on the collection and analysis of real evidence, is one factor that explains why approximately 98% of crimes go unpunished in Mexico.

The past decade, and especially the series of paradigmatic cases of gross violations that have come to light in recent years, demonstrate the obvious: if the security forces and the justice system diverge from the rule of law and systematically violate human rights, granting these institutions more power and discretion in the name of the 'war on drugs' will lead to more violence.

For Mexico, current drug policy has only brought a large-scale deterioration of its institutions and social fabric. The impunity over human rights violations and corruption generates an unconscionable mixture, in which the strong economic and political interests of criminality go unscathed. At the same time, it is the most marginalized, and often innocent, people who face the worst consequences. In short, the negative impact on human rights of the war on drugs in Mexico is not a mere analytical hypothesis to be proven; it is, rather, a daily reality experienced for more than a decade by thousands of families scarred by the crisis of violence.

As many as 50 migrants have been found dead inside a truck 150 miles north of the US-Mexico border.

After the discovery of several elaborate tunnels used to siphon fuel to two hidden warehouses, it's clear that Mexico's gas…