Aftermath of murder linked to battle over Callao port
BRIEF

Criminal networks are reportedly feuding for control of Peru's principal seaport, a key hub in the transnational drug and contraband trade.

So far this year, authorities have linked at least 26 murders to a battle between local criminal groups for control of Callao seaport. According to La Republica, the feud began two years ago, and has given the city of Callao a murder rate three times higher than the homicide rate in neighboring Lima.

Authorities believe two local groups are responsible for the conflict. Peruvian police are investigating Angelo Renzo Espinoza Brissolesi, alias "Renzito," and Gerson Galvez Calle, alias "Caracol," in connection with the violence. Renzito is an alleged associate of recently arrested drug trafficking suspect Gerald Oropeza Lopez, alias “Tony Montana." Meanwhile, Caracol is linked to a rival organization and is suspected of having ordered a failed hit on Tony Montana on April 1. 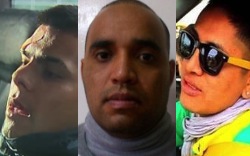 With so much merchandise moving through Callao, authorities are reportedly only able to inspect 15 to 25 percent of shipping containers. This allows Peruvian criminal networks -- in collaboration with foreign criminal groups -- to bribe port authorities and move drugs overseas, primarily to Europe, a Peruvian anti-drug official told La Republica.

The current bloodshed in Peru is indicative of Callao's value to foreign drug trafficking organizations. Both Mexico's Sinaloa Cartel and Italian mafia group the 'Ndrangheta are suspected of using Callao to ship cocaine to Europe. Last year, authorities seized a multi-ton shipment of cocaine in Callao, said to belong to the Sinaloa Cartel.

Peruvian criminal cells that work with foreign  traffickers are reportedly paid between $1,200 to $1,500 for every kilo of cocaine that moves through the port, according to La Republica. This adds up to huge potential profits for whatever Peruvian criminal cell controls the seaport.  The violence will likely continue in the forseeable future, especially if the arrest of "Tony Montana" has left his organization in flux.

Canada's 'King of Pot' Sentenced to 27 Years in Prison

Canada drug trafficker Jimmy Cournoyer has been sentenced to 27 years in prison, marking the end of a billion-dollar transnational…

Most Drug Mules Caught in Peru are Foreigners

Perus police say they have detained more than 200 "drug mules" at Lima's international airports so far this year, and…