Court documents allege two nephews of Venezuela President Nicolás Maduro's wife who face drug trafficking charges in New York planned to receive cocaine from Colombia's FARC guerrillas in a case that raises questions about who may have been the brains behind the drug operation.

On July 22, prosecutors in the case against Efraín Antonio Campo Flores and Franqui Francisco Flores de Freitas -- charged in New York's Southern District Court of conspiring to smuggle 800 kilograms of cocaine from Venezuela to the United States via Honduras -- filed court documents claiming the defendants intended to source the cocaine from the Revolutionary Armed Forces of Colombia (Fuerzas Armadas Revolucionarias de Colombia – FARC).

Campos and Flores -- nephews of Venezuelan first lady Cilia Flores -- were arrested in Haiti on November 10 and transferred to the United States. They are still awaiting trial and have pleaded not guilty.

Prosecutors filed the documents to counter demands by defense lawyers to suppress alleged confessions made by the pair as they flew from Haiti to New York on a US Drug Enforcement Administration (DEA) plane. The defense claims (pdf) the two were unaware of their rights under US law, believed they were being kidnapped, and were "coerced" into making the statements.

According to prosecutors, the pair admitted to being in contact with a dealer known as "El Gocho," who handled drugs for the FARC and was to provide the 800 kilograms.

After his arrest, Campo also allegedly told US agents that, given his reputation and status in Venezuela, he did not need assistance from Venezuelan government, police, or military officials to smuggle drugs out of Caracas' Simón Bolívar International Airport.

The newly filed documents also include photographs apparently showing Campo handling a brick of cocaine while Flores observes. (See below) The nephews allegedly brought the cocaine to a meeting with confidential DEA sources in Caracas to demonstrate the purity of drugs they could obtain. 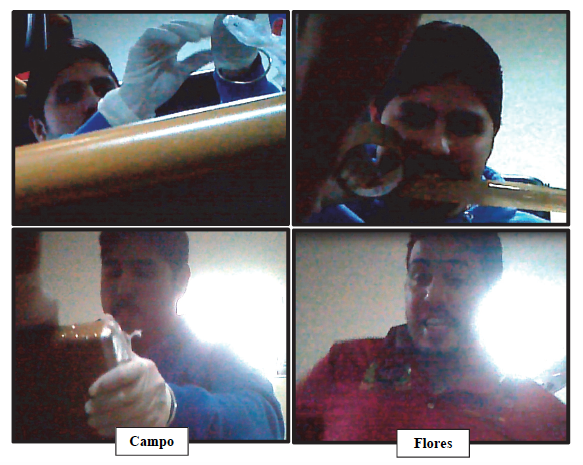 Flores anticipated the first cocaine shipment to earn $5 million -- with his share being $560,000 -- while subsequent drug runs to the United States could have earned $20 million in profits, prosecutors claim.

During a post-arrest interview with US agents (pdf), Campo retracted a statement that money earned from the drug shipment would be used to help finance the congressional campaign of his aunt, Cilia Flores.

Despite the release of further details of the prosecution's case against Campo and Flores, a number of questions remain unanswered. Chief among these is whether high-level Venezuelan officials were knowledgeable or complicit in the nephews' alleged drug activities.

Recent research conducted by InSight Crime in Venezuela suggested that Campo and Flores might not be the brains behind the drug ring. They may have merely served as political cover for the operation.

There has been speculation the Cartel of the Suns, which consists of Venezuelan military and police personnel, had a hand in the trafficking operations. Military officials, including an active officer of the Venezuelan Air Force, served as pilot and crew of the private jet that flew Campo and Flores to Haiti.

An added layer to the case is that the cocaine in question was to be provided by Colombia's FARC -- a plausible accusation. The FARC are rumored to have been ramping up drug trafficking activities to boost group finances before a final peace deal with the Colombian government is signed. The deal will include the group disavowing involvement in the drug trade.

Moreover, the FARC control up to 70 percent of coca crops in Colombia. The department of Norte de Santander, which borders Venezuela, has seen a boom in coca cultivation over the past several years. Previous estimates suggest 200 tons of cocaine are smuggled from Colombia to international drug markets via Venezuela every year.

CARTEL OF THE SUNS ELITES AND CRIME VENEZUELA
share

Uruguay's Institutions Struggle to Fight Back Against Increased Criminal Threats

Homicides and drug trafficking are pushing up crime levels in Uruguay and authorities are unable to stop it.

In 2016, two adopted nephews of Venezuelan President Nicolás Maduro were found guilty of a conspiracy to bring 800 kilograms…