In recent weeks vigilante groups encouraging citizens to take justice into their own hands have been springing up in Peru, using social media to advocate for the violent punishment of suspected criminals.

The vigilante movement -- which uses the slogan “Chapa tu choro,” or “Catch your thief” -- began with the creation of the “Chapa tu choro Peru” Facebook page, reported BBC Mundo.

The creator of the Facebook page, Cecilia Garcia Rodriguez, said she started the campaign after a thief caught robbing her neighbor’s house was released from police custody without being charged with a crime. “From that day onward, we decided to spread the message in the community -- that the next time we catch a criminal, we won’t call the police but will punish them ourselves,” explained Garcia. 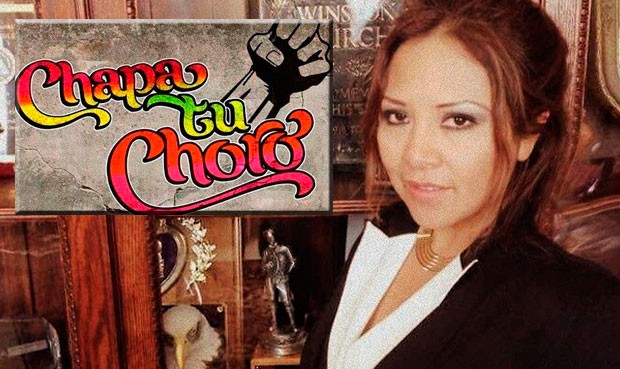 Over 100 similar Facebook pages have reportedly appeared since then, some with violent names suggesting citizens should “paralyze” or “castrate” criminals. Several have even published gruesome photos and videos of presumed thieves being whipped and beaten by angry citizens. 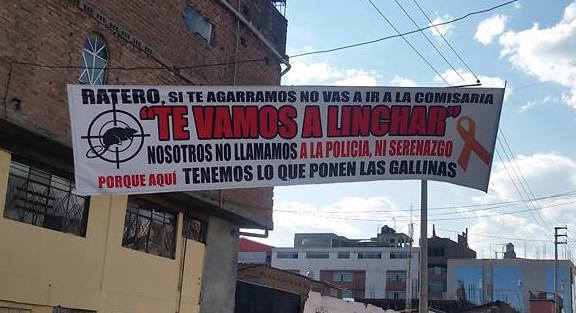 "Thief, if we catch you we won't take you to the police, we'll lynch you."

Under Peruvian law, taking justice into your own hands is a crime punishable by four to 25 years in prison, depending on the severity of the injuries sustained by the victim. Citizen arrests are permitted, however.

According to a 2015 US Agency for International Development (USAID) report on crime and justice, roughly 40 percent of Peruvians support the use of vigilante justice, the third highest approval rate in Latin America.

The vigilante movement has raised alarm among Peruvian officials, who fear it undermines judicial institutions and could potentially lead to more serious human rights violations, such as “social cleansing” and extrajudicial killings.

Some politicians, however, have supported the right of citizens to defend themselves. This includes former president Alejandro Toledo, who has used the vigilante movement to highlight the need for a stronger government approach to fighting crime. Toledo --  who is running for president in 2016 -- recently promised he would deploy Peru’s armed forces onto the streets in order to “kill citizen insecurity.”

"This was hung up recently. If the state does not act, people tend to take justice into their own hands."

That the movement has gained traction in Peru points to a lack of confidence in the security forces to combat crime and the justice system to successfully convict criminals. Noam Lopez, a Peruvian social scientist, told BBC Mundo that vigilante justice has become popular because “security institutions have neglected their work in preventing crime,” and that citizens believe “once a crime is committed, the criminal will not be punished.”

Citizens becoming frustrated with the perceived inadequacies of state institutions and turning to vigilante justice is not uncommon in Latin America. It has been especially prevalent in southwest Mexico, where local self-defense militias have taken up arms in recent years to combat violent drug cartels.

A Seizure, a Lawsuit and Illegal Gold from Peru

In January 2014, InSight Crime reported on a record seizure of suspected illegal gold in Peru. Since then, that case…

Judiciary officials in Peru have demanded increased protection from authorities following the murder of a prosecutor, suggesting threats and intimidation…