Are Zetas, Mexico Guilty of Crimes Against Humanity?

Mexico's Zetas crime syndicate and the government forces tasked with fighting it are both likely guilty of crimes against humanity according to a new report that calls for the establishment of an international body to independently investigate atrocities and fight impunity in the country.

A legal analysis released June 7 by the Open Society Foundations argues that the violence perpetrated by the Zetas could fulfill the legal definition of crimes against humanity, as established by the International Criminal Court (ICC) in the Hague. That is, that their use of murder, torture and disappearances in states such as Tamaulipas and Veracruz are "part of a widespread or systematic attack directed against any civilian population, with knowledge of the attack."

In their struggle for control, the Zetas terrorize civilian communities to drive out rival gangs and authorities. The report argues that these crimes are not random acts of drug-related violence but are in fact "systematic" and "widespread".

The report also says that the Mexican government could be guilty of crimes against humanity as a result of its crackdown on organized crime. That campaign began in 2006 under then President Felipe Calderon and has resulted in a spike in killings and human rights abuses. Despite a high level of documented abuses by police and soldiers, security personnel are rarely prosecuted.

One set of data from the Defense Ministry cited by the report shows that between 2007 and 2013 only 29 military investigations for killings perpetrated by its members were undertaken, and none resulted convictions.

The report's authors say that their objective isn't to put President Peña Nieto in front of the ICC, but rather to shake Mexico out of its prosecutorial apathy and start punishing those responsible for such atrocities. That process could be supported, the report adds, by the creation in Mexico of something similar to the International Commission Against Impunity in Guatemala (Comisión Internacional Contra la Impunidad en Guatemala - CICIG).

Although noble in its intention to foster a new legal framework to address the abhorrent human rights situation prevailing in many parts of Mexico, the report is not likely to achieve its ambitious goals, at least in the short term.

Criminal organizations such as the Zetas are designed to terrorize, murder and kidnap in order to achieve their objectives. They may be highly organized in structure and operation -- although the Zetas leadership began to crack and fragment in 2012 and has continued to do so – but such criminal groups are not in the same category as state organizations like the police force or army. They're not a political corporation sensitive to the consideration of international bodies and laws, and it is not hard to imagine their leadership being flattered by this analysis of their acts.

Regionally, criminal organizations with a political bent have been accused of similar crimes in the past.

The government has taken some token steps toward prosecution of state agents responsible for crimes like murder and disappearances. However corruption and impunity remain the norm, as does the tolerance of torture, despite pressure from the international community. The mass abduction of 43 students in Iguala, Guerrero in September 2014 was just one case in which certainly local police participated, and possibly federal cops and soldiers stood by and tolerated. 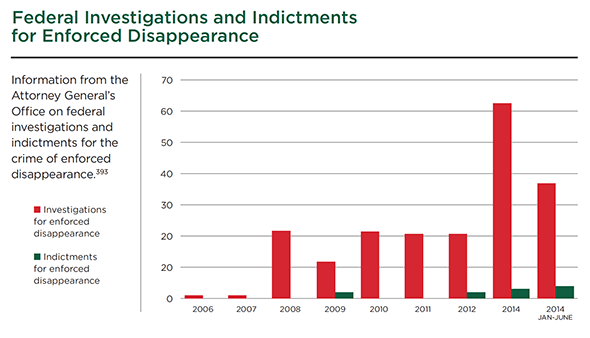 Although the language of international offenses such as war crimes and crimes against humanity is impactful, they refer to crimes that the Mexican government is already aware of and has failed to prosecute.

This isn't the first time that the ICC and Rome Statute have been cited as tools to bring the architects of Mexico's "drug war" to task. In 2011, a group of journalists, lawyers and activists sent a formal petition to the ICC to try to indict President Felipe Calderon and other top officials for war crimes and crimes against humanity. Their bid was unsuccessful.

The prospect of creating an independent international investigative body in Mexico seems unlikely, as the Mexican government is likely to resist such a development. Arguably, Mexico has much stronger institutions than Guatemala did when CICIG was established, and Mexico's Attorney General's Office (PGR by its Spanish initials) has little independence from the presidency.

If collusion between authorities and organized crime in Mexico is as common as reports claim, approving an independent investigative entity would not be in the authorities' interest.

The closest Mexico has gotten to such an entity in recent years was letting an international panel of experts into the country to investigate the case of the 43 missing students. That ended badly when members of the panel accused the current administration of a sustained campaign of harassment, stonewalling and intimidation against them.

All that said, this new report does make a contribution to a growing body of work involving the abuse of power by state and non- 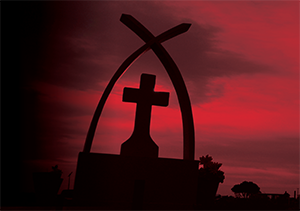 state actors, and could contribute to changing the international definition of today's wars, opening the door to more international aid in countries like Mexico.

Gang and drug-related violence, such as that currently seen across many parts of Latin America, is not yet categorized as armed conflict in International Humanitarian Law, which complicates matters for organizations such as the International Committee of the Red Cross (ICRC) and the Office of the United Nations High Commissioner for Refugees (UNHCR). Reports like this one add to the argument that the definition should be expanded, simplifying matters for aid organizations whose mandate it is to help victims of armed conflict.

Why Mexico Should Open the Gendarmerie Debate

Mexico Drug Lab Busts Up Since 2007

The number of illegal drug production facilities discovered by Mexican police has seen a major jump since 2007, according to…

The governor of Mexico's Guerrero state is again calling for the legalization of opium poppy, the plant from which heroin…